The Fiduciary Rule Is on Life Support – We Must Act Now

Whether or not the fiduciary rule survives could directly impact you. Because if it dies, and your money manager is no longer required by law to act in your best interest...are they going to anyway? 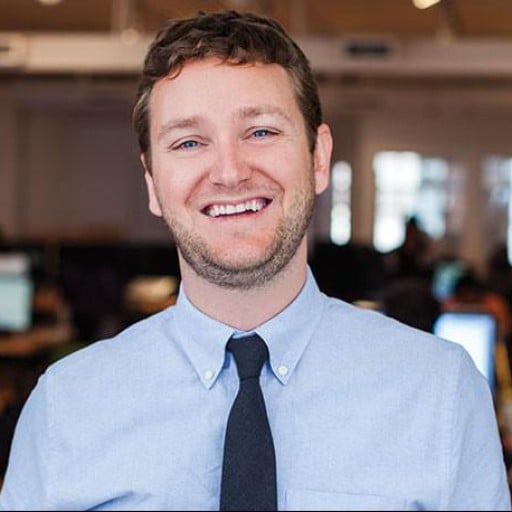 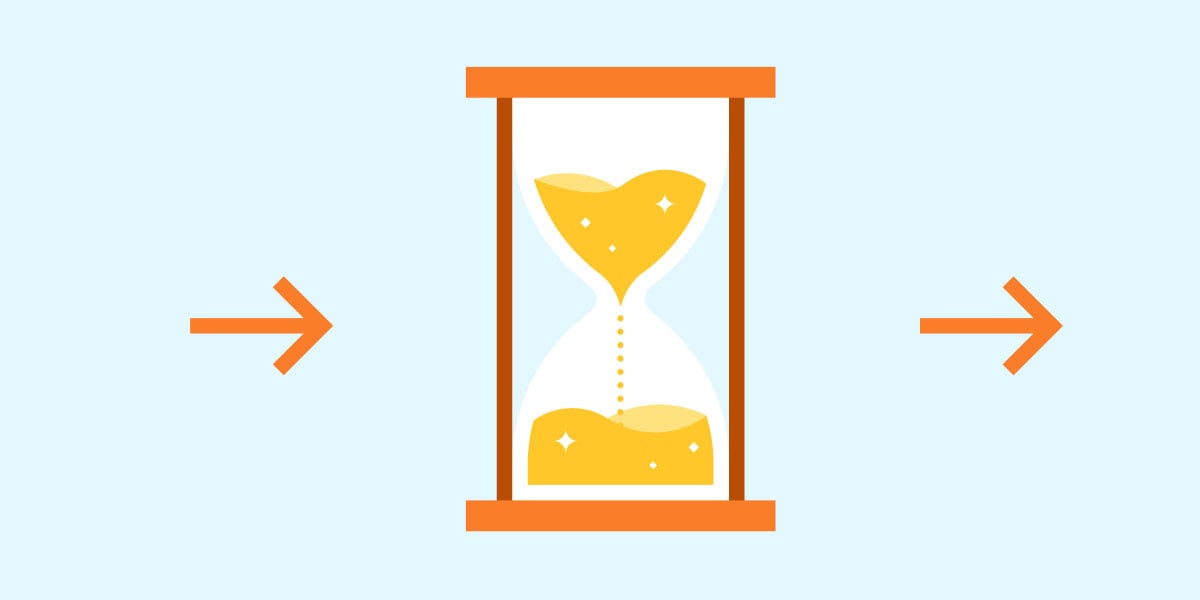 You give your retirement money to a money manager. You expect them to look at all the investment options out there and make decisions based on what’s best for you, your portfolio, and your money’s growth over time.

You expect them to act in your best interest—to do the right thing for you. You expect them to charge reasonable fees, try to minimize taxes, and make decisions that are going to get you the returns you deserve.

You expect all of this because it’s their job. It’s what they’re paid to do. They’re the expert, the professional. Surely they’re going to advise you on the best investment decisions for you...right?

I wish it were that simple, and I can’t believe it isn’t. But today, many money managers are not doing what’s best for you. They recommend funds because they make money selling them. They charge confusing fees that you can’t see. They push you into investments that are in their best interest—not yours.

And the one thing that was going to help stop it might not survive. President Donald Trump on Feb. 3 signed a memorandum directing the Department of Labor (DOL) to reconsider its fiduciary rule, which would require money managers who provide retirement advice to act in their clients’ best interests. The rule was set to go into effect on April 10, but the DOL on Feb. 10 reportedly filed for a 180-day delay, putting the rule at risk of being diluted beyond recognition or, worse, thrown out completely.

Whether or not this rule survives could directly impact you. Many companies were planning to make positive changes in response to the rule and publicly supported it, back when they were going to be required by law to do what was best for their clients. But now that the Trump administration is threatening the rule’s existence, we expect many of those institutions to remain silent, indicating that their former support was solely for public display. We believe that, in some ways, silence from those institutions is as bad as lack of public support. Because if your money manager is not openly supporting the rule, then they may not be willing to fight for you. And once the rule is gone for good, it could mean reverting to business as usual.

We encourage you to reconsider your money manager or, at the very least, push them to clarify their stance. Because if the rule dies, and they’re no longer required by law to act in your best interest...are they going to anyway?

The fiduciary rule’s six-year history has coincided with a secular shift in the industry that has felt promising and good. We’ve seen positive evolutions, like easier access to low-cost investments (e.g., exchange-traded funds) and heightened awareness of how financial providers are compensated. As the Washington Post’s Barry Ritholtz put it, “The fiduciary rule is not shaping investor behavior, it is now catching up with it."

But now that the rule has the potential to be thrown out, we have to reexamine the conflicts of interest that are costing American workers and their families $17 billion a year—and that could persist without the proper regulations in place.

Many money managers (brokers) are not currently required to make investment recommendations based on your best interests, and instead only need to pick “suitable” investments. They are allowed to consider whether a particular recommendation will result in a higher commission or kickbacks to them. As a result, you are likely to end up in a less-than-ideal portfolio—one that’s higher-cost and lower-return than it should be.

This Is What Firms Are Allowed To Do. Is It Happening to You?

Here’s the Way It Should Be

There have been various arguments opposing the fiduciary rule. The most recent came from Gary Cohn, the White House National Economic Council Director, who said that the rule would limit investors’ rights to choose their investments. He told The Wall Street Journal in an interview:

“We think it is a bad rule. It is a bad rule for consumers…. This is like putting only healthy food on the menu, because unhealthy food tastes good but you still shouldn’t eat it because you might die younger.”

It’s an interesting analogy, but it’s flawed. The rule isn’t about limiting choice (all the choices are still there); it’s about empowering consumers with information to make better decisions and forcing advisors to give straightforward advice. The right analogy would be both options are still on the table—you want to eat a cheeseburger instead of a salad, you can still do that—but you’ll know exactly how many calories are in it and how much it’ll cost you. In the case of financial services, if you want to put your money in a worse investment product, you can still do that—and the advisor has to disclose all the fees associated with it, and can’t tell you it’s the best option for you (unless it truly is).

The text of the rule itself is clear on this point; it simply requires advisors to make an investment recommendation that they can demonstrate is in an investor’s best interest. Sure, that may be the lowest-cost option, but not necessarily. If advisors are not able to defend the investment products they are recommending, including their cost, investors will not suffer from their absence.

If you want a good analogy for what this rule could do for financial services, consider the medical industry. Doctors aren’t allowed to get paid by drug companies for pushing drugs on you. That would be ridiculous, right? Why should it be different in financial services? Why should so-called financial advisors be allowed to be compensated for pushing certain products on you? It’s ridiculous! They shouldn’t. And, if we have our way, they won’t.

Former Rule Champions, Where Are You Now?

We’ve been closely following which big financial firms are committed to the positive changes represented by the fiduciary rule. Last fall, when it was expected that the rule would go into effect this April, many firms publicly trumpeted their support. Merrill Lynch came out with an ad campaign that declared, “We’re committed to your best interest. Not the status quo.” Other firms, like J.P.Morgan and Commonwealth Financial Group, announced they’d be cutting commissions in their retirement accounts to comply with the rule. Now that the rule’s future is in doubt, Merrill Lynch is retreating from its support of the rule and has indicated it may not complete the changes it previously committed to making. Many other firms have likewise gone silent on their support for the rule and their intent to follow through on earlier commitments.

Some firms are even gloating over the fact that they didn’t take a position on the rule or commit to changes. AdvisorHub.com quoted UBS Chief Financial Officer Kirt Gardner saying, “There is some indication that [the DOL Rule] will, at a minimum, be delayed and potentially not be implemented at all. And because we delayed our announcement…that’s proved to be very effective given some of the commitments that our competitors have made.”

It’s become extremely difficult to get individual firms to commit to a clear public position on the fiduciary rule. In January, Sen. Elizabeth Warren, D-Mass., a longtime supporter of the rule, sent a letter to 33 financial institutions that had already begun making changes designed to satisfy the rule’s regulations. She warned them that the rule was under attack, while also questioning whether they supported it and would continue to work toward implementing changes. This was an opportunity for these firms to speak out in support of the rule. Twelve firms ignored the letter. Of the 21 that responded, many provided a general statement about the importance of the rule's objectives, but declined to make a clear commitment to its actual implementation.

Make no mistake, though, the fiduciary rule is the only realistic hope for prompt action to improve the quality of retirement advice. If firms genuinely support the rule's objectives, they should also support the rule. In the coming weeks, we encourage you to watch closely to see which firms are willing to take a clear public stand on behalf of investors, and which are silent or hide behind trade groups.

Today, I’m sad for retirement savers. I’m disappointed that so many of us have trusted people we’ve chosen to manage our money, to prepare us for the future, and yet we still can’t be sure if they’re doing the right thing for us. I’m angry that the one ruling that could make us feel confident again is under attack. Why would anyone want to get rid of something that could do so much good?

We encourage you to advocate for yourself and your future by submitting a public comment in support of the fiduciary rule here. You can also contact your elected representative and/or financial provider to share your support for the rule.

Then it might be time to ask your money manager these questions:

We’re not giving up on this. We stand for our customers and their best interests, and we always will. We don’t take political sides, but we are fighting for this rule until all investors receive advice they can trust. Because if the rule dies, whether it’s quick or slow, it’s sure to be painful.

A version of this article originally appeared on CNBC.