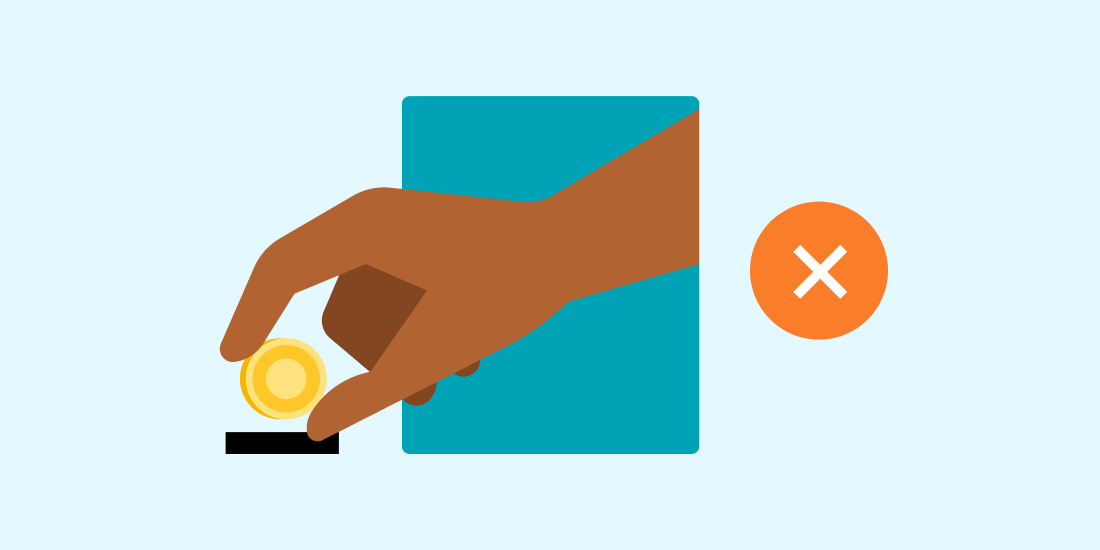 IRAs, as you may already know, have two popular flavors among others:

We go into more detail on the basics of IRAs and their respective pros and cons elsewhere. For this article, we’ll focus on the process of converting funds from a Traditional IRA to a Roth IRA—also known as a Roth conversion or, in some cases, a “Backdoor Roth”—why investors might consider one, and five common mistakes to avoid when executing one.

But first, a disclaimer: Roth conversions come with all sorts of tax-centric complexities. We wouldn’t be writing this article if they didn’t. We’re not a tax advisor, nor can we provide tax advice for your specific situation, so we strongly recommend you consult one before deciding whether a Roth conversion is right for you.

Why consider a Roth conversion in the first place?

Before we dive into the potential tripups of a Roth conversion, let’s look at a couple typical reasons someone might consider one:

Converting outside of your intended tax year

You must complete a Roth conversion by a year’s end (December 31) in order for it to count toward that specific tax year’s income. Keep in mind this is different from the IRA contribution deadline for a specific tax year, which (somewhat confusingly) bleeds into the following calendar year. As we’ve mentioned before, Roth conversions require careful planning on your part (and ideally your tax advisor) to determine how much you should convert, if at all, and when.

Speaking of, the question of how much to convert is a crucial one. Blindly converting too much could push you into a higher tax bracket. A common strategy used to avoid this is called “bracket filling.” You determine your income and how much room you have until you hit the next tax bracket, then convert just enough to “fill up” your current bracket.

Of course, it can be difficult to determine your exact income. You might not know whether you’ll get a raise, for example, or how many dividends you’ll earn in investment accounts. Because of this, we highly recommend you work with a tax advisor to figure out exactly how much room you have and how much to convert. You no longer have the luxury of undoing a Roth conversion thanks to the 2017 Tax Cuts and Jobs Act.

As a side note, you can squeeze more converted shares into your current bracket if the market is down since each share is worth less in that moment. To be clear, we don’t recommend making a Roth conversion solely because the market is down, but if you were already considering one, this sort of market volatility could make the conversion more efficient.

Withdrawing the converted funds too early

Notably, this countdown clock is based on tax years, so any conversion made during a calendar year is deemed to have taken place January 1 of that year. So even if you make a conversion in December, the clock for the five year rule starts from earlier that year in January. One more thing to keep in mind is that each Roth conversion you make is subject to its own five year period.

Paying taxes from your IRA

Paying any taxes due from a conversion out of the IRA itself will make that conversion less effective. As an example, if you convert $10,000 and are in the 22% tax bracket, you’ll owe $2,200 in taxes. One option is to pay the taxes out of the IRA itself. However, this means you’ll have only $7,800 left to potentially grow and compound over time. If you’re under the age of 59 ½, the amount withheld for taxes will also be subject to a 10% early withdrawal penalty.

Instead, consider paying taxes owed using excess cash or a non-retirement account you have. This will help keep the most money possible inside the Roth IRA to grow tax-free over time.

Conversions can be a great tool, but don’t stop there. Once you convert, you should also consider adjusting your portfolio to take advantage of the different tax treatment of Traditional and Roth accounts.

Each account type is taxed differently, which means their investments grow differently, too. You can take advantage of this by strategically coordinating which investments you hold in which accounts. This strategy is called asset location and can be quite complex. Luckily, we automated it through our Tax Coordination feature. Pairing asset location with Roth conversions can help supercharge your retirement saving even further.

One final plug for seeking the wisdom of a tax advisor

As you can see from above, a Roth conversion comes with its share of potential pitfalls. That’s why we urge you to work with a tax advisor while both considering and executing one. If you already have and are ready to convert a Betterment IRA, head over to our Help Center for basic instructions.