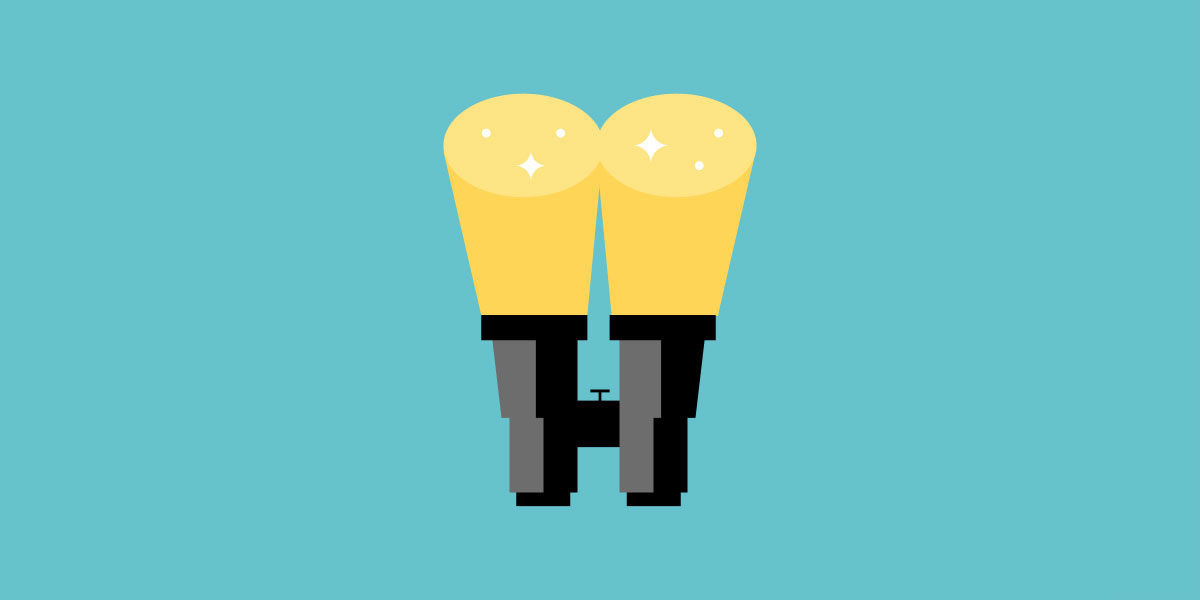 Testing our Rails applications allows us to build features more quickly and confidently by proving that code does what we think it should, catching regression bugs, and serving as documentation for our code. We write our tests, called “specs” (short for specification) with RSpec and Capybara. Though there are many types of specs, in our workflow we focus on only three: model specs, request specs, and system specs. This blog post discusses the different responsibilities of these types of specs, and other related high level guidelines for specs.

Model specs test business logic. This includes validations, instance and class method inputs and outputs, Active Record callbacks, and other model behaviors. They are very specific, testing a small portion of the system (the model under test), and cover a wide range of corner cases in that area. They should generally give you confidence that a particular model will do exactly what you intended it to do across a range of possible circumstances.

Make sure that the bulk of the logic you’re testing in a model spec is in the method you’re exercising (unless the underlying methods are private). This leads to less test setup and fewer tests per model to establish confidence that the code is behaving as expected.

Model specs have a live database connection, but we like to think of our model specs as unit tests. We lean towards testing with a bit of mocking and minimal touches to the database. We need to be economical about what we insert into the database (and how often) to avoid slowing down the test suite too much over time. Don’t persist a model unless you have to. For a basic example, you generally won’t need to save a record to the database to test a validation. Also, model factories shouldn’t by default save associated models that aren’t required for that model’s persistence. At the same time, requiring a lot of mocks is generally a sign that the method under test either is doing too many different things, or the model is too highly coupled to other models in the codebase. Heavy mocking can make tests harder to read, harder to maintain, and provide less assurance that code is working as expected.

Below is a model spec skeleton with some common test cases:

System specs are like integration tests. They test the beginning to end workflow of a particular feature, verifying that the different components of an application interact with each other as intended. There is no need to test corner cases or very specific business logic in system specs (those assertions belong in model specs).

We find that there is a lot of value in structuring a system spec as an intuitively sensible user story - with realistic user motivations and behavior, sometimes including the user making mistakes, correcting them, and ultimately being successful. There is a focus on asserting that the end user sees what we expect them to see.

System specs are more performance intensive than the other spec types, so in most cases we lean towards fewer system specs that do more things, going against the convention that tests should be very granular with one assertion per test. One system spec that asserts the happy path will be sufficient for most features. Besides the performance benefits, reading a single system spec from beginning to end ends up being good high-level documentation of how the software is used. In the end, we want to verify the plumbing of user input and business logic output through as few large specs per feature that we can get away with.

We use SitePrism to abstract away bespoke page interactions and CSS selectors. It helps to make specs more readable and easier to fix if they break because of a UI or CSS change. We’ll dive more into system spec best practices in a future blog post.

Below is an example system spec. Note that the error path and two common success paths are exercised in the same spec. 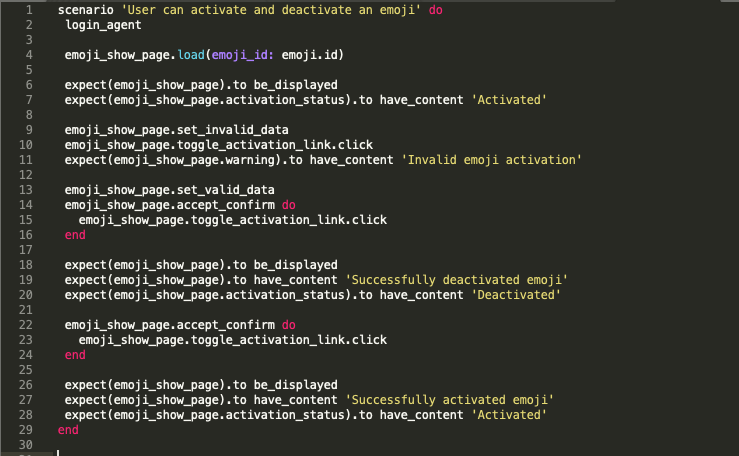 Request specs test the traditional responsibilities of the controller. These include authentication, view rendering, selecting an http response code, redirecting, and setting cookies. It’s also ok to assert that the database was changed in some way in a request spec, but like system specs, there is no need for detailed assertions around object state or business logic. When controllers are thin and models are tested heavily, there should be no need to duplicate business logic test cases from a model spec in a request spec.

Request specs are not mandatory if the controller code paths are exercised in a system spec and they are not doing something different from the average controller in your app. For example, a controller that has different authorization restrictions because the actions it is performing are more dangerous might require additional testing.

The main exception to these guidelines is when your controller is an API controller serving data to another app. In that case, your request spec becomes like your system spec, and you should assert that the response body is correct for important use cases. API boundary tests are even allowed to be duplicative with underlying model specs if the behavior is explicitly important and apparent to the consuming application. Request specs for APIs are owned by the consuming app’s team to ensure that the invariants that they expect to hold are not broken.

Below is an example request spec. We like to extract standard assertions such as ones relating to authentication into shared examples. More on shared examples in the section below. 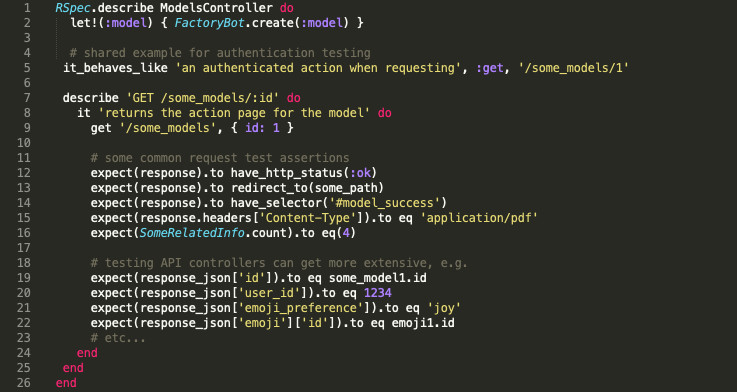 Why don’t we use Controller Specs?

Controller specs are notably absent from our guide.

Why don’t we use Feature Specs?

Feature specs are also absent from our guide.

System specs were added to Rails 5.1 core and it is the core team’s preferred way to test client-side interactions. In addition, the RSpec team recommends using system specs instead of feature specs.

In system specs, each test is wrapped in a database transaction because it’s run within a Rails process, which means we don’t need to use the  DatabaseCleaner gem anymore. This makes the tests run faster, and removes the need for having any special tables that don’t get cleaned out.

Because we use these three different categories of specs, it’s important to keep in mind what each type of spec is for to avoid over-testing. Don’t write the same test three times - for example, it is unnecessary to have a model spec, request spec, and a system spec that are all running assertions on the business logic responsibilities of the model. Over-testing takes more development time, can add additional work when refactoring or adding new features, slows down the overall test suite, and sets the wrong example for others when referencing existing tests. Think critically about what each type of spec is intended to be doing while writing specs. If you’re significantly exercising behavior not in the layer you’re writing a test for, you might be putting the test in the wrong place.

Testing requires striking a fine balance - we don’t want to under-test either. Too little testing doesn’t give any confidence in system behavior and does not protect against regressions. Every situation is different and if you are unsure what the appropriate test coverage is for a particular feature, start a discussion with your team!

Each spec’s description begins with an action verb, not a helping verb like “should,” “will” or something similar.